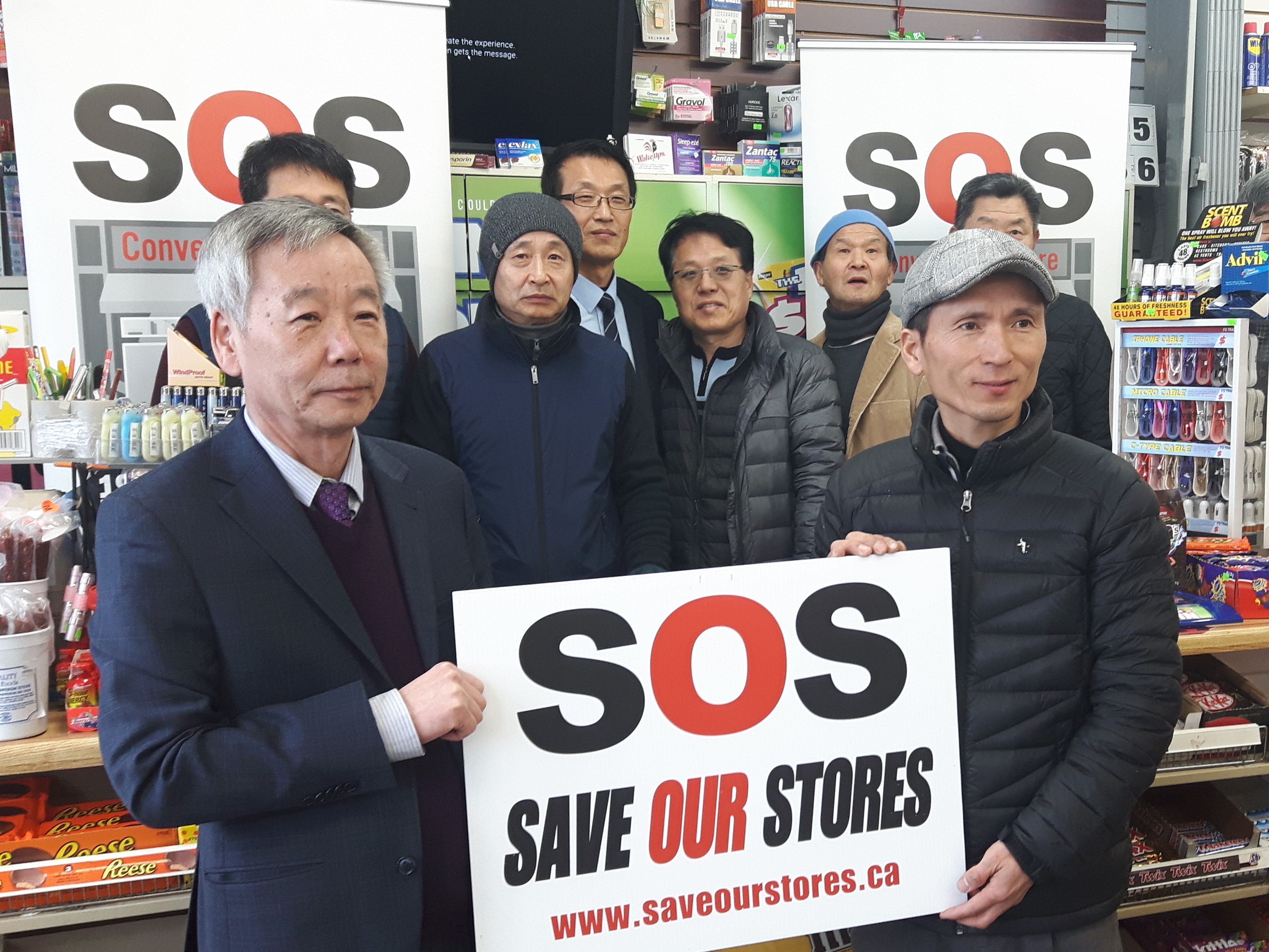 Owners Out of Business in Niagara Falls and Across Province

NIAGARA FALLS, ON – March 27, 2018 – Ontario’s independent convenience store owners are banding together to protest provincial government policies they say are driving them out of business. The protest, named SOS for “Save our Stores”, came to Niagara Falls today at Stanley Convenience located at 5551 Heritage Drive. The store is owned by Mr. Myung-deuk Lee, who has operated it for the past 20 years. However, like many other store owners, he is wondering how much longer he can stay in business.

The store owners’ coalition is spearheaded by the Ontario Korean Businessmen’s Association (OKBA), the largest organization of independent convenience stores in the province. Over the last 10 years more than 500 OKBA members have closed down their businesses as a result of the ever-worsening business environment in Ontario.

The SOS campaign focuses on several issues that have hurt independent convenience store owners over the past decade. They include:

The SOS campaign is asking politicians from all three major parties to commit to policy platforms in this year’s election that will help the organization “Save Our Stores”. Every day, more than 3 million Ontarians shop in one of the more than 8,000 convenience stores across the province.

“Without a change in government, or a massive change in policy and priorities, more stores will close and the dream of a better life in Canada will end for many more independent store owners,” says Don Cha, General Manager of the OKBA. “Most convenience store owners are hard-working immigrants like Mr, Lee who work hard for a better life for themselves and their families. But increasingly they are watching that dream slip away because of harmful policies enacted by the current provincial government.”

Adds Cha: “We can no longer afford to stand idle and not get involved. For years, we sat back and hoped government would do the right thing. But our members demand we take a side in this campaign; their livelihoods are being increasingly threatened. We cannot afford another four years of damaging policies affecting our businesses.